Hashtags – we started off seeing them on Twitter but now they’ve flooded every single social media outlet available. But many are still confused why they’re used and what the benefits are. For those who want a basic tutorial, welcome to dodify’s Hashtagging 101 course!

Hashtags (# or pound symbols) turn any word following the # into a searchable link. Twitter’s slogan “Join the conversation” stems from the fact you can see every single post related to a certain topic in real time. It is a fantastic way of centralizing conversations and connecting people who want to talk about a specific topic. I’ll use an example of an event that’s taken over the faces of men all over the world...Movember!

Example:
I’m seeing guys with caterpillars above their lips. It’s that time of the year again! #Movember #ProstateCancer #CancerResearch

This means anyone searching for #Movember, #ProstateCancer (or #prostatecancer – capitalization doesn’t matter, it just makes it easier to identify multiple words), or #CancerResearch will see your tweet. Only words and numbers can be used in a hashtag, no spaces or punctuation.

Also important to clarify is how @ differs from #. Using @ before someone’s Twitter handle name will let them know they’ve been included in your tweet and can give them a chance to respond back to you.

Example:
I support #Movember but I’m counting down the days until @MichaelTremante shaves his moustache!

A major part of social media is about creating your brand. When it comes to using hashtags you can take this opportunity to create a tone/voice/personality. People often use hashtags to add more context and to give more character to their tweet. It’s often done in a humourous/sarcastic/witty way...and generally the audience appreciates it!

Example:
I support #Movember but I’m counting down the days until @MichaelTremante shaves his moustache! #GoodLookingGuy #Joking #DirtyMoustache

What Platforms use Hashtags

Twitter - Paved the way but other social media platforms have jumped on board.

Instagram - This photo app is a great way to use hashtags. It’s one of the only platforms where it’s acceptable to use many hashtags to complement photos and maximize the attention to the photo. 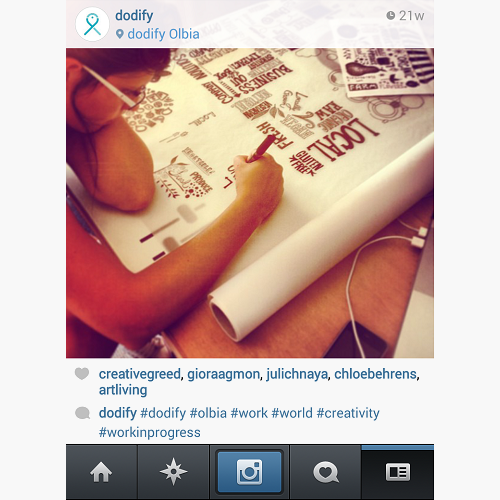 Google+ - When you do a regular Google search you can search for hashtags and see a list of relevant Google+ posts in the right side bar (currently only available for Google.com and Google.ca).

Pinterest - You can search hashtags for specific content. Clicking on the hashtag in a pin will lead to search results that have the same word in the hashtag used.

Facebook - Facebook recently launched their hashtag feature and it has been slow to pick up. Similar to the other platforms, clicking on Facebook hashtags will take you to lists of posts that contain the same hashtag. However, there’s a reason I left this one for last...I’d advise you don’t bother using it. Hashtags are used to discover new content and it’s great for platforms like the ones mentioned above. Facebook is used to connect friends and family and has more of a closed environment, which is why the concept of hashtags doesn’t work well here.

Here I’ve given you a very brief introduction to hashtags. Next up, I will explain how it can be used for businesses. Stay tuned!